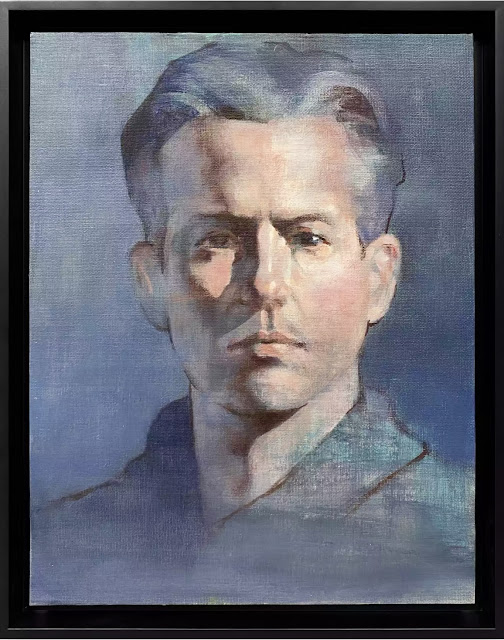 \
My painting “Brendan” (2019, 11x14 inches, acrylic on canvas board) will be auctioned on Artsy from May 11 to 26 to benefit Bailey House. I hope that you can join me in supporting this worthy fundraiser.

Bailey House proudly presents its 34th Annual Gala & Auction, which benefits housing and other lifesaving programs for thousands of New Yorkers each year. This year’s silent auction features a robust body of work by emerging and established artists including Catherine Opie, Duane Michals, Mark Beard, and many others. Works have also been graciously donated by The Robert Mapplethorpe Foundation and Herb Ritts Foundation for the event's LIVE auction.

Bailey House will hold its Gala & Awards Reception on May 25th at THE POOL in NYC. For more info visit bit.ly/baileyhouse2022.

Founded in 1983 by a coalition of compassionate community leaders responding to the AIDS crisis, Bailey House was the first community-based organization in the country to address poverty, homelessness, food insecurity, mental health, substance use, and chronic illness to improve health outcomes for marginalized, low-income New Yorkers living with HIV.

Bidding is open exclusively on Artsy and will close on May 26th at 12:00 PM EDT.

All 2D works in the auction have been framed courtesy of Bailey House Gala & Auction's Presenting Sponsor, Chelsea Frames. 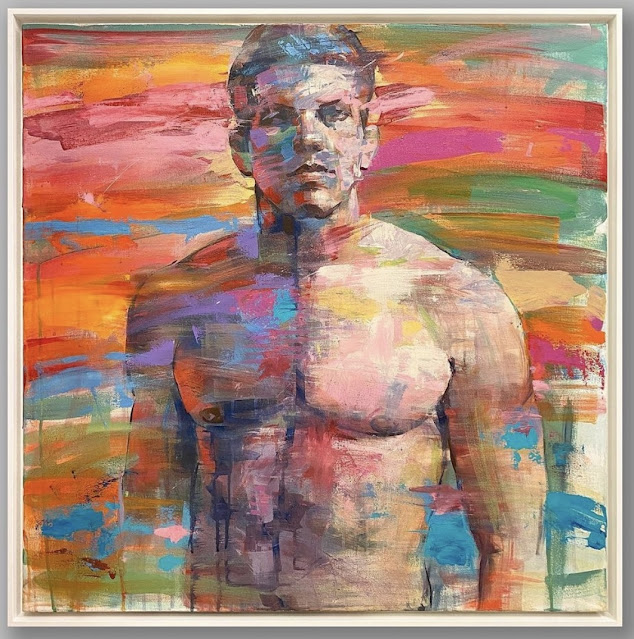 My painting Lex (2013), 30x30 inches, acrylic on canvas, will be featured in the Bailey House: Benefit Auction 2021 from March 11-26, 2021. I hope that you can support this worthy event to benefit the organization's AIDS charities. 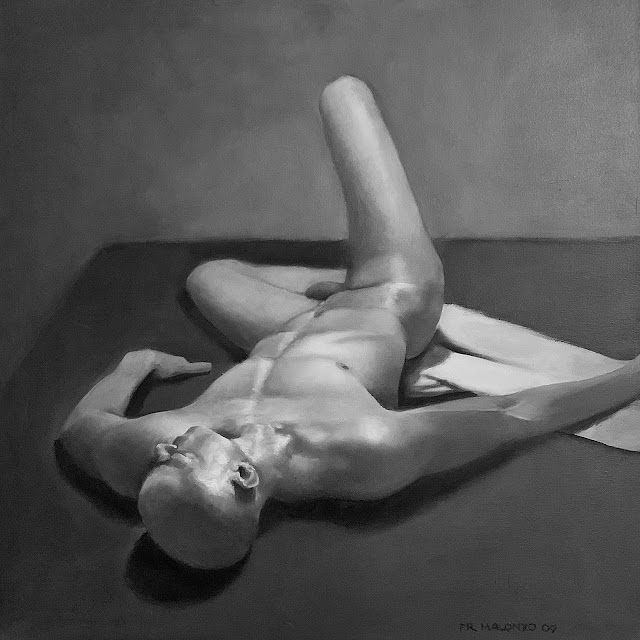 My painting Derek will be on view at the Bailey House Gala & Auction on Thursday, March 5, 2020, in Chelsea Piers. Please drop by if you can and support a worthy cause!

Postcards From the Edge 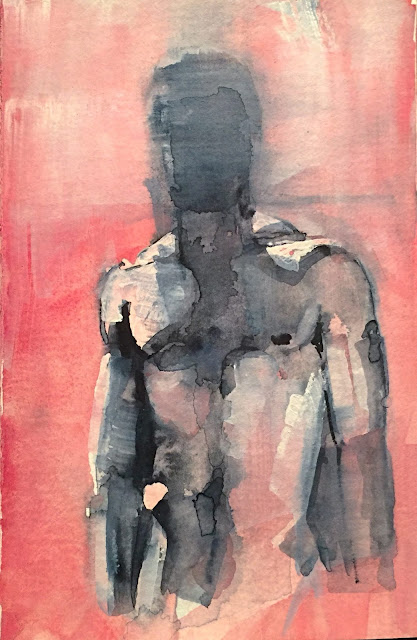 My watercolor postcard "Male Torso 15" will be a part of this year's Visual Aids benefit starting tonight through Sunday at the Bortolami Gallery in Tribeca, NYC. I hope you can drop by and support this worthy cause!

Postcards From the Edge offers a rare opportunity to acquire original, postcard-sized artwork from internationally renowned and emerging artists for only $85 each. Offered on a first-come, first-served basis, over 1500 works are exhibited anonymously, and the identity of the artist is revealed only after the work is purchased. With the playing field leveled, all participants can take home a piece by a famous artist, or one who's just making their debut in the art world. Nonetheless, collectors walk away with something beautiful, a piece of art they love!

It's been a year since I returned to the Art Students League with Dan Gheno. I've been doing smaller head studies (as opposed to larger paintings at the National Academy and 92nd Street Y) and it's been fun trying out new compositions, colors, and expressions.

My medium is still acrylic on small canvas panels or gesso boards. I like the immediacy of acrylic as well as its ease of layering and vivid tones. I love oil as well, but its drying time is too slow for me (for my current methods anyway).

Class resumes on Saturday, September 7. I'm looking forward to some solo projects (yet to be determined) during my break. 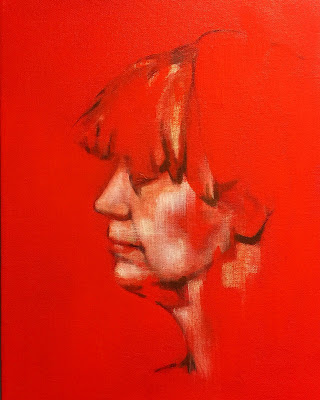 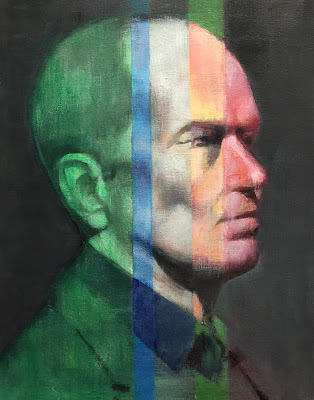 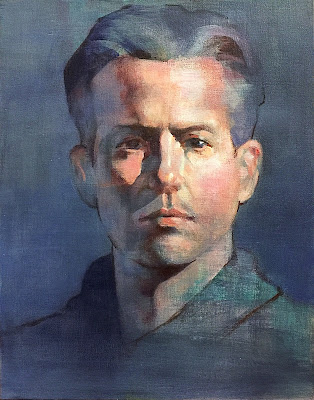 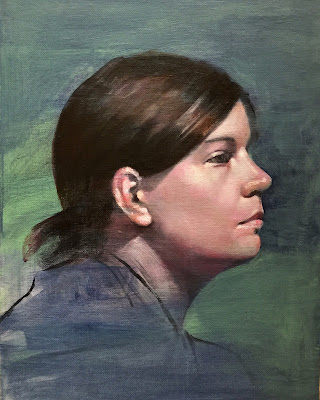 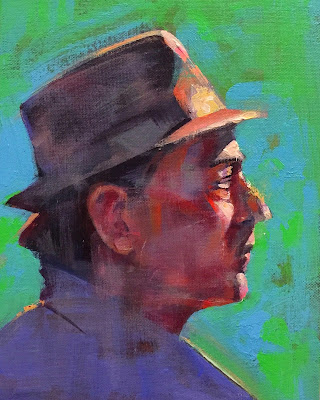 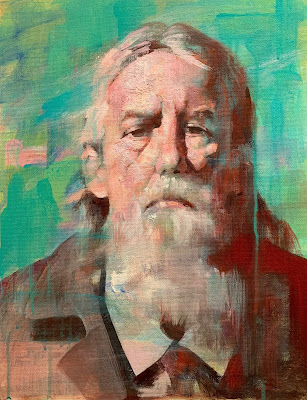 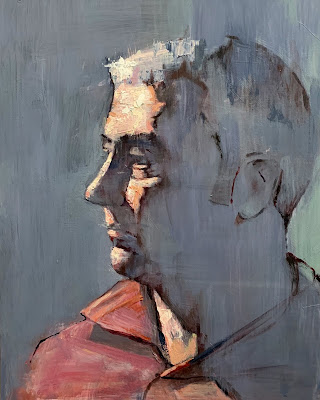 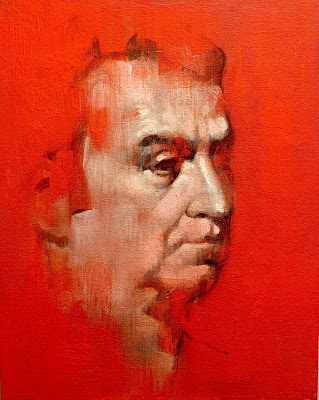 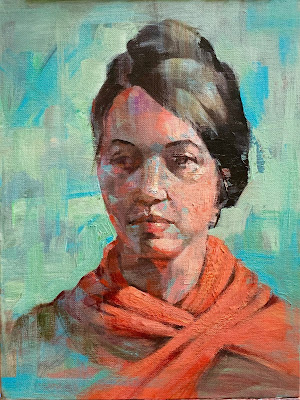 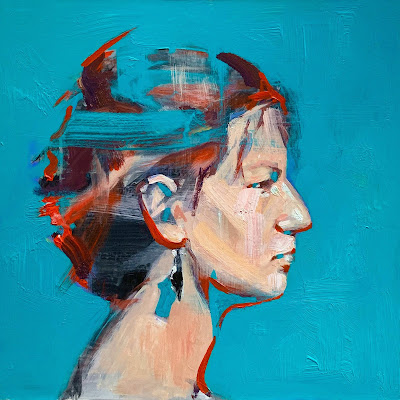 I'm now at the Art Students League in Dan Gheno's Saturday morning class. It's great to be back to where I started 18 years ago (I signed up after seeing the film Pollock with Ed Harris). Here are some recent paintings, all head studies in acrylic. 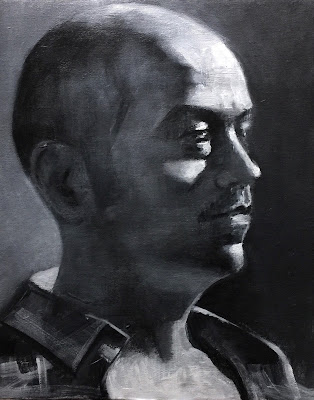 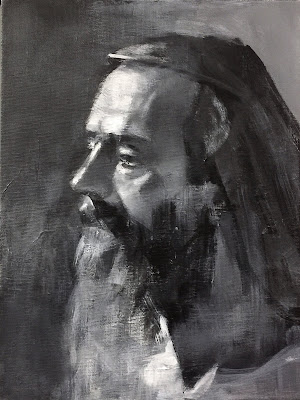 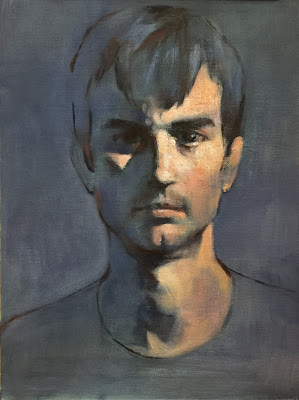 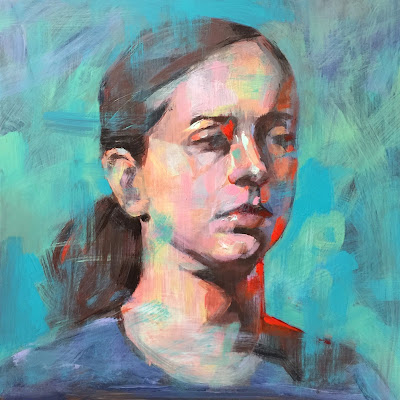 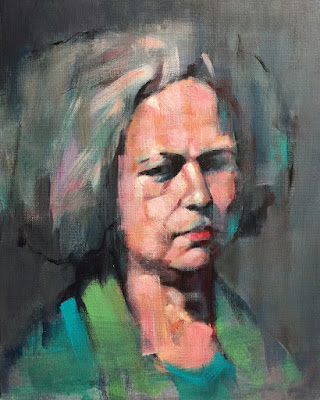 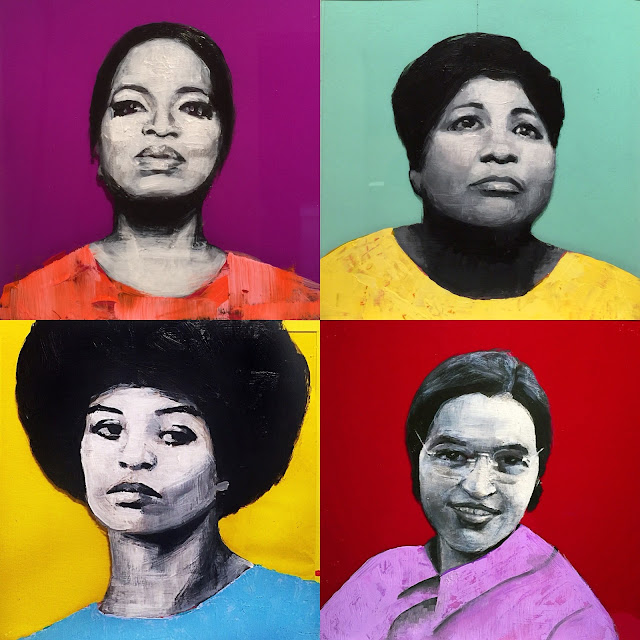 Here's a Q&A submitted in preparation for an upcoming article by Anita Chan in The Still Point Arts Quarterly:

Why did you accept Mr. Ebarb's invitation to join this project which is purely noncommercial in nature?

I wanted to interpret the Four Freedoms from a different point of view from Norman Rockwell, i.e. non-male, non-white, non-narrative, and based on historical figures.

Was this the first time you have used art as a means of expressing a personal belief or some abstract concepts?

No, I recently did a text-based portrait of a Latino-American, inspired by Barbara Kruger and Martin Luther King's "I Have a Dream" speech. The experience was empowering and exhilirating, and I wanted to experience that again with Four Freedoms but using a different technique.

What was the biggest artistic challenge for you?

This project had several challenges, all of which diverged from my customary art practice:

Do you think the project will bring anything new to your art works, e.g. in terms of subject, medium, and style?

I was able to practice using photographs as references for portraits, and also learned about plexiglass as support. The project made me aware of my ability to make a political statement through simple images.

The Trump administration actively suppresses all four freedoms among those who do not conform to its populist agenda. The Four Freedoms concept is relevant to everyone around the world today.

Tell us something about the thinking behind your 4 art works, e.g. how you chose your subjects, medium, and style. Why you think they could effectively express your idea about the 4 Freedoms.

My composition was inspired by the graphic art of the 1960s, particularly record album covers - I've always admired the immediacy and simplicity of of this style. I used plexiglass supports because of its deep, rich colors and reflective surfaces, which would bring the viewer's image into the visual experience.

What do you hope to achieve with your art works in this project?

I hope to evolve into a more photo-based style that reflects current trends in the artworld. I also hope to communicate that Norman Rockwell's Four Freedoms belong to everyone, not just the white middle-class.

What do you hope this project would achieve?

I hope that this project will encourage viewers to take affirmative steps to protect their freedoms in the current political climate.